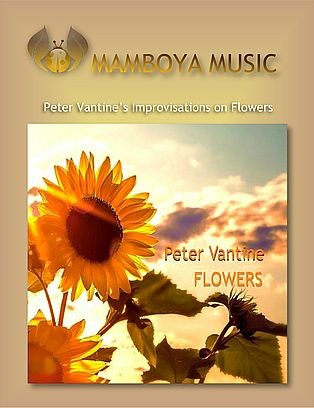 Archetypes are generalisations, they are the basic and abstract ideas of things we can discover in all living beings. They cut across formal boundaries and create intellectual connections where physical ones are lacking. You will find similarities that defy logic, instead become emotionally understandable. What a sweet sound? Let Christian composers sing, knowing full well that sound is an acoustic, not a gustatory sensation yet everybody understands. 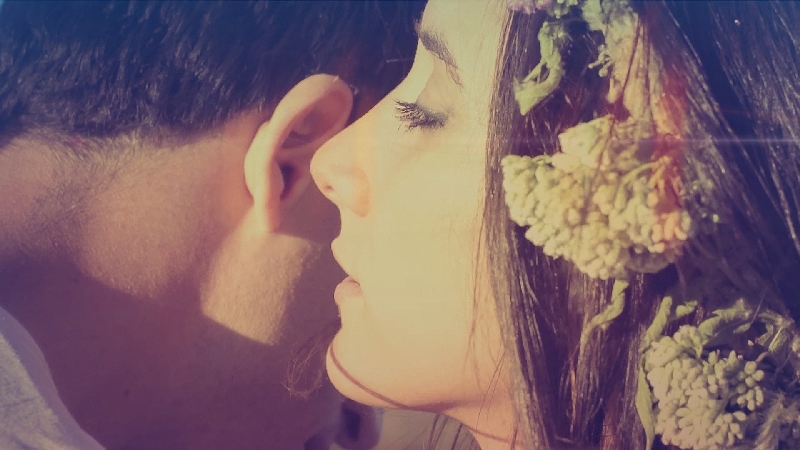 What is that sound itself? For some it is their baby’s first giggle. Others find Orpheus‘ voice a fitting example of this. To find the archetype you need to strip away everything that describes any personalisation of it.

We should also distinguish achetypes from stereotypes. Ironically, one of the stereotypes is that „The warrior archetype is a strong, powerful, masculine archetype“. However, masculinity is NOT an attribute of warriorhood neither is strength nor power. That is why I like to present two achetypes here, a female and a male and you will see that both fit the criteria without necessarily having to be strong and powerful.

In order to understand the warrior archetype, you should know that it marks a certain stage in human development. That means each and every one of us has to become a warrior some time in life.

Life starts with an end, the end of being one with everything that is. Separation leads to insecurity, helplessness and anxiety in the formative phase of life. Mindful and loving parents manage to get their child through this vulnerable phase unharmed and thus give him or her a feeling of being loved, security and stability  which can affect him or her positively throughout his or her entire life positively. The stage of the innocence.

Even under the best possible circumstances, the phase will come to an end at some point when the child is inevitably deprived of support, e.g. when the mother jumps into the shower and the baby feels abandoned for an eternity due to his or her undeveloped sense of time. The stage of the orphan (or feeling lonely). 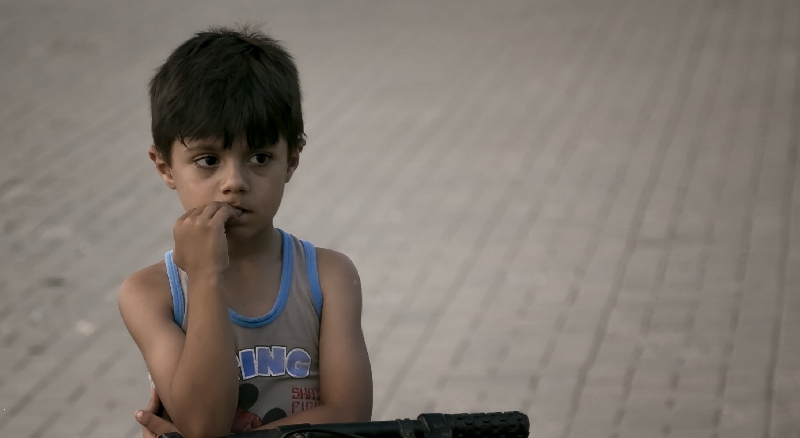 This is followed by the pilgrimage phase. Whenever you feel alone, abandoned, and desperate, if you don’t get up and do something, you will inevitably die (which happens to abandoned babies as shown by cruel human experiments in the Middle Ages, which means the pilgrim stage needs a certain age). One becomes a pilgrim who is looking for something that he or she does not know what it is, a purpose, a partner, a goal.

That is only possible when you have established that you can survive on your own and your self-image changes. Now you feel strong enough to choose your tasks and challenges yourself, not knowing whether you can master them. A successful pilgrim develops a willingness to take risks and expand their own limits by repeatedly going up to them and beyond. Warriorhood here denotes every complete commitment to a cause, be it belligerent or peaceful. There is no safety net and no certainty that it will spend well. The danger of failure is part of warriorhood.

Opinions differ as to which fruit Aphrodite’s was. While most sources cite the pomegranate, there are also a number that name the quince. The quince has been known as an archetypal feminine fruit for more than 3000 years. It owes its botanical name Cydonia oblonga to the Cretan city of Kydonia (today Chania).

In ancient Greece, the quince was extremely popular, it was a symbol of love and fertility. Plutarch recommended in his writings that newlyweds should eat them in front of the invited guests as a token of their connectedness. Combining yin and yang is one of the most important tasks of the essence. Only then was the marriage considered closed.

As history shows, the quince can be used to instigate quarrels, too, as the uninvited Eris, god of strife, proved when he threw a quince with the inscription „For the most beautiful“ into the celebrating wedding party. The most beautiful scuffle between Hera, Aphrodite and Athene was quickly going on. Paris, who was to decide, ended up choosing a fourth, ending the argument.

Quinces are seen as a symbol of love, fertility, luck, wisdom, beauty and immortality.

The energy of the quince embodies the stratagem of the underdogs: the fight is not done with pure muscle power, but with skill, intuition, strategy and as Paris‘ decision shows, an unexpected, non-violent solution that everyone could live with. The task of a warrior can be to end war.

Quince teaches that instead of facing the danger directly, you can avoid it. Instead of letting the opponent’s power work directly on you, you can try to use its effect for yourself and direct it against the enemy. It is the image of an Asian martial artist who achieves the greatest possible effects with the least possible effort. This only works if you are completely focused, well grounded, one with yourself and in your center. Therefore, a warrior essence must have a flexible energy that, like the fruit as apple quince and pear quince, can take on both male and female forms, is versatile and finds the right strategy for overcoming every challenge. It resolves the inner conflict by letting the heart and mind find the common goal. 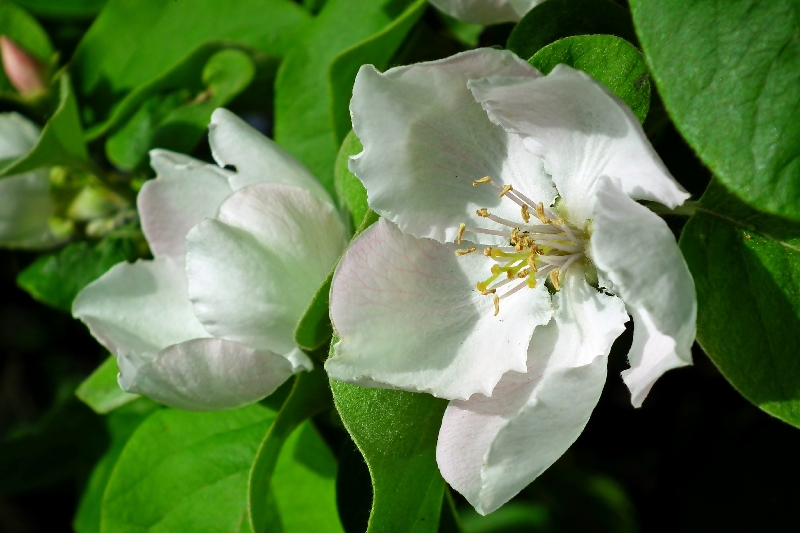 Like the rosemary flower, quince is a remedy of conflict. While the rosemary type feels supposedly weak because he does not know his own strength, the person who quince will help is actually in a weak position. Weakened by an inner conflict, internally being torn between two poles.

However, this does not mean that the conflict must be lost from the start due to the weakening effect on yourself - this is where quince starts to work:

On the one hand, it provides fresh energy and, on the other hand, it promotes a wealth of ideas on how this energy can be used in the most economical way. Recognizing and asserting one’s needs does not mean necessarily having to hurt others; that would be the result of thinking in terms of polarities. Discovering and striving for common goals, on the other hand, makes conflicts superfluous.

Those who do not like arguments and give in too quickly can learn with the help of this flower essence to represent their point of view firmly, but still charmingly and humorously, to assert themselves without getting hurt. Integration instead of opposition.

Quince is the flower of balance, decisiveness and determination. It gives perseverance and balances polarities, lets you recognize, appreciate and act out your own strong and weak sides, and ends thinking in terms of opposites. 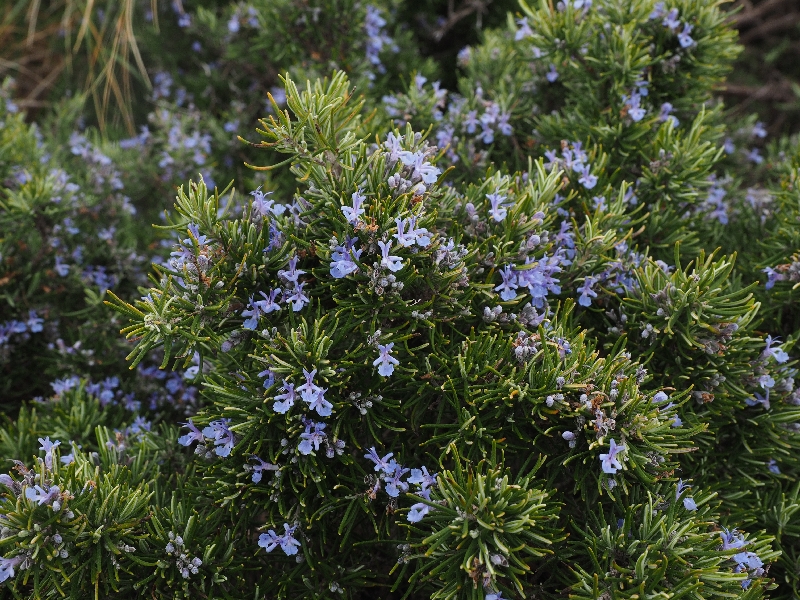 Many plants are associated with Aphrodite. In our context, in addition to the already mentioned quince, its partner plant Rosemary, too. Rosemary twigs are placed in or on graves as proof that the deceased will always be remembered, but also to give them strength for their journey. The custom already existed in ancient Egypt, where rosemary was found as a burial object in pyramids. Rosemary is associated with birth, as evidenced by corresponding rituals. This may be due to the fact that King Orchamos of Persia killed his daughter Leukothoe because she had slept with the sun god Helios. But life itself could not be suppressed like this, because a rosemary bush grew out of the grave.

When it comes to the rosemary-type warrior, one must realize that this one is about life and death. A warrior in a decisive battle must not hesitate. He puts everything on one card, is ready to fight, fearless and full of strength. When it comes down to it, he’s focused and quick-witted. When he aims, he hits, and when he hits, all his energy is concentrated in that one blow.

Rosemary is an essence for the discouraged and shy, who would rather run away than face the argument. It brings courage, concentration and confidence and the inner certainty „I can do it“. 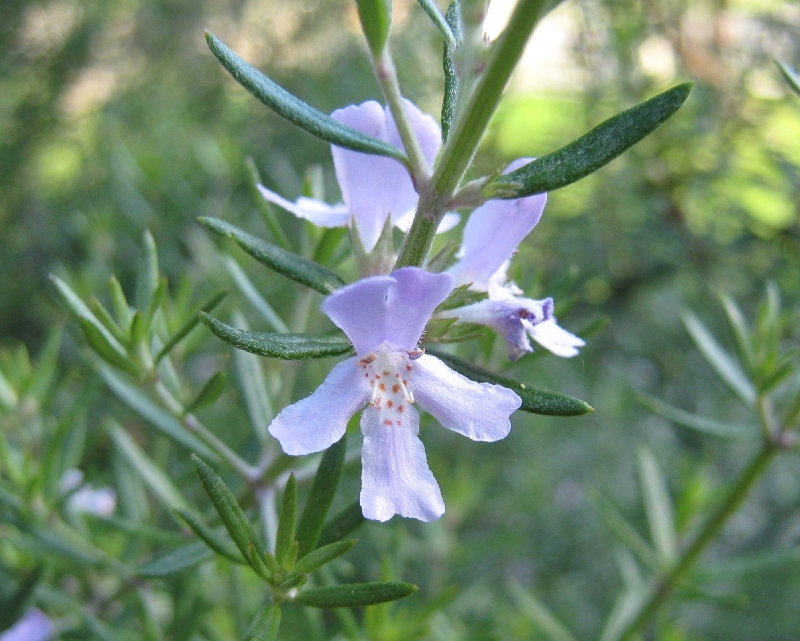 Rosemary helps to concentrate all forces in the here and now, not to let yourself get down, but to defend yourself, to fight and finally to win. That means asserting oneself in terms of one’s being and goals, even if one supposedly saw oneself already defeated.

Rosemary sheds tendencies towards inferiority. Where there was previously the impulse to flee because one believed that one could not stand conflicts, now steadfastness arises. A new assessment of the situation develops, trust in yourself, your own strength, your body and your needs develops.

Rosemary makes you feel at home here on earth, even if there are difficulties and problems. It protects against negative expectations and feelings of powerlessness. It lets you be present, full of energy and warmth.

Rosemary helps to withstand by providing masculine energy. It is the remedy of conflict.